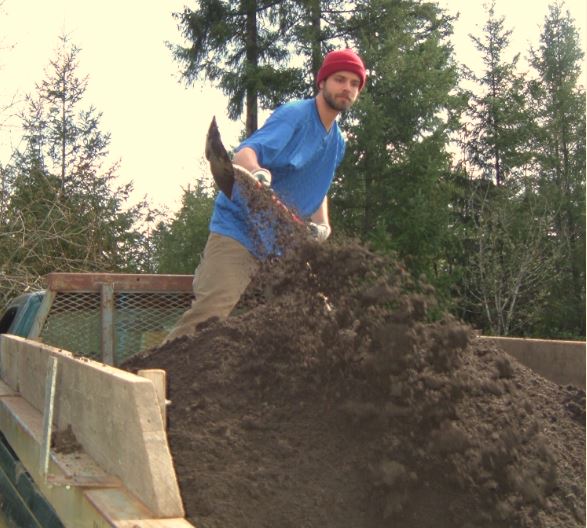 David was an invaluable member of GRuB's community. With a strong passion for the natural world, gardening, and providing access to healthy food, David volunteered in 2010 and 2011 with the GRuB Youth Crew both on the Farm and in the Kitchen. He also participated in countless garden builds throughout the area. During this time, we would often refer to him as one of our "superstar" volunteers because he not only supported our garden builds, but he was the Lead Builder on many of our garden builds with the Youth Crew.

In 2010, David was nominated by GRuB for a volunteer service award. David was an exceptional human being, who selflessly volunteered his time and service. He was compassionate, quirky, adventurous,and dedicated to leaving things better than the way he found them. David's passion for plants and people continued to blossom. Every year he abundantly shared his garden produce with his community. His absence will be felt deeply by our community.

Over the last few years, in his free time, David would often explore the mountainous terrain of the Pacific Northwest. Following his recent graduation from a Dental Assistant program at South Puget Sound Community College, David embarked on an adventure in New Zealand, where he planned on hiking and skiing in the awe-inspiring mountains for a month. A tragic skiing accident after summiting Mount Aspiring in New Zealand took David from this world far too soon.

You can read another article about David here.

And this is a link to his obituary.